CWG in the Media:

Nationally, women make up 57 percent of students enrolled in college, outnumbering male students by 14 percent. However, in Utah, 49 percent of students are women and the number of Utah women who graduate from college is 10 percent lower than the national average of 59 percent.

Dr. Susan Madsen of Utah Valley University has undertaken the research project Utah Women and Education (UWEP), commissioned by the Utah System of Higher Education, to understand why Utah women are falling behind.

The findings of the on-going study will be presented by Madsen at a lecture, hosted by the Center for Women and Gender, at Utah State University on March 22 from 3:30 to 5 p.m. in the Taggart Student Center auditorium.

Ann Berghout Austin, director for the center, said, “It is an honor to have Dr. Madsen share her research at USU, and we hope the community and students will start a discussion about this topic.”

Women who do attend and graduate college in Utah tend to receive degrees in lower-paying occupations like education and social work, according to the study, which began in May 2009 and will finish in May 2011.

According to the UWEP Research and Policy brief issued in January, women who are college-educated:

• Live longer and have a healthier well-being due to factors like making better choices and receiving health insurance from better jobs.

• Participate more in civic and community involvement, including voting. The College Board reported in 2006 that college graduates volunteer at a rate of 43 percent compared with 19 percent of high school graduates.

• Develop a better sense of independence and feeling of control in their lives, which influences their leadership skills.

• Have increased awareness, dialogue, and involvement in racial understanding, openness to diversity and gender-role attitudes, world affairs and social issues and certain aspects of the political process.

• Have an increased income of over 60 percent for a four-year degree.

Also, only 35 percent of women believe females should get a bachelor's degree or higher, while 44 percent believe men should attain a higher level of education, according to the brief.

For additional information on the lecture, call the Center for Women and Gender at (435)797-9222. For more information on UWEP, visit www.uvu.edu/wep.

The Center for Women and Gender is honored to announce the winners of the Early Career and Lifetime Achievement Awards. Dr. Marion Cathryn Bishop is a teacher, author and physician who will receive the Early Career Award. With 37 years of service at Utah State University, Dr. Carol J. Strong is the recipient of the Lifetime Achievement Award. She is especially recognized as the first female Dean of the Emma Eccles Jones College of Education and Human Services at USU.

Bishop, who lives in Cache Valley, commutes each week to Evanston, Wyoming where she practices medicine as an emergency department attending physician at the Evanston Regional Hospital. Prior to her enrollment in medical school, Bishop earned a Ph.D. in English, Rhetoric, and Composition and taught for a number of years in higher education. In 2004, she graduated from the University of Utah School of Medicine because of her interest in “humanizing medicine for all involved.”

Since graduation Bishop has authored several articles for medical students and “Life Math,” an essay published in Journal of the American Medical Association in 2007 that discusses the challenges and rewards of pursuing a medical degree.

Bishop wrote in the essay, “Life is not a zero-sum game. A gain in one column does not necessitate a loss in another….Rather, all losses are gain and all gains have corresponding losses. This is not harsh or bleak or cruel. This is being human.”

Dr. Carol J. Strong served as the first female dean of the College of Education at USU, and is an accomplished speech-language pathologist. Under her direction, the college secured more than $33 million in development dollars.

She advanced the field of speech-language pathology in the area of child language disorder diagnosis with her ground-breaking technique for assessing narrative language skills, The Strong Narrative Assessment Procedure.

According to the nomination letter for Strong, “Dr. Strong was known as a mentor—approachable, supportive, thoughtful, and always ready to assist students and colleagues in achieving their potential.”

The winners of these awards were selected by their accomplishments in their fields, service and leadership, and for serving as an inspiration to other women. The Center will celebrate these women by recognizing them at the 2011 Achievement Awards at Utah State University on March 14 at 6 p.m.

Diane Stuart, program coordinator for the Center for Women and Gender, was on the winner selection committee. She said, “We had several amazing nominations, women who were all qualified for this award. The selection was difficult and arduous, but we are proud to honor these women whose achievements make direct differences in the local community. They provide valuable inspiration and even essential role models for everyone, especially the women of Cache Valley.”

Questions about the awards ceremony can be answered by emailing Diane Stuart of the Center of Women and Gender, diane.stuart@usu.edu. This event is sponsored by USU’s Center for Women and Gender.

Questions? Comments? Want to be involved? 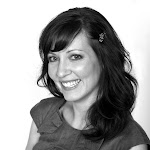 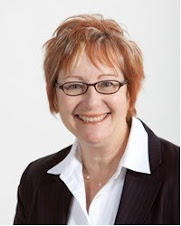